Canada is a beautiful country with a wide range of beaches, lakes, rivers. Water sports are favorited and popular in there by both the local and the foreigner.

It’s great when you discover some water sports when visiting here.

One of the most favorite water sports in Canada is swimming.

How swimming can develop in there? Following our article to see some major events in swimming history in Canada, then you can answer the reason of popularity for this game.

Following the Olympics, we can see clearly that Canadian athletes usually appear and reach high positions in the ranking. According to history, Robert Zimmerman was the first swimmer to represent Canada to join Olympics at London in 1908. He joined two types: 100m freestyle and 100m backstroke.

Besides it, Zimmerman also completed the springboard then remarked as an aquatic specialist at the Olympics. Although he didn’t reach any medal, his achievement was in the first time without experience to be expected and admired.

Since the Olympics 1908, Canadian swimming team always registered to have a slot for the Olympic games at any season expect Olympics in 1980. Because they followed rules of the Canadian government about not approving Moscow game as if a punishment for Moscow. Although athletes expected and raised willingness to join this event, the Government still denied and kept their regulations.

During one hundred year of the Olympic, Canada ranked the 9thin out of 45 teams from all over the world. They got total 40 medals at other levels.

The fact, the Canadian swimming team always are on the top the best teams in the worldwide ranking. They also own the number of swimmers on the top ten ranking.

By these outstanding achievements, swimming is always highly appreciated and focused on practice and develop professionally. 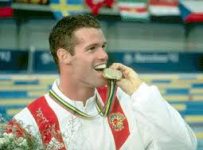 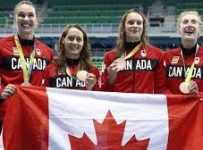